What is Bipolar Disorder?

What is Bipolar Disorder? 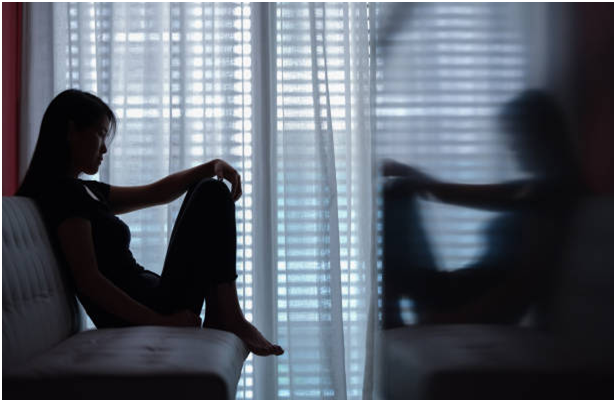 Bipolar disorder is a mental illness that brings severe high and low moods, as well as changes in sleep, energy, thinking, and behavior. People who have bipolar disorder can have periods of feeling overly happy and energized, followed by periods in which they feel very sad, hopeless, and inactive. In between those episodes, they usually feel normal.

People with bipolar disorder have at least one “high” episode (mania) and one “low” episode (depression). And sometimes people have episodes of both mania and depression at the same time. It’s also called manic-depressive disorder.

Bipolar disorder, commonly referred to as Bipolar, is a mental health disorder that causes unusual shifts in feelings, energy, and thinking patterns. Many people who have Bipolar disorder often feel uncontrollably sad or irritable and experience dramatic changes in their sleeping habits, appetite, and physical activity levels. In addition to the extreme highs and lows associated with the disorder, many people experience anxiety or substance abuse problems on top of the other symptoms. As a result, those struggling with Bipolar disorder may find it difficult to manage their daily life.

What are the types of bipolar disorder?

There are four different basic types of bipolar disorder:

Bipolar II disorder: It is also called bipolar 2, is a mood disorder in which people have periods of depression and hypomania. With bipolar 2, patients may feel elated or irritable during their hypomanic episodes, they may sleep less than usual or have racing thoughts, but they do not experience the kind of frenzied, out-of-control behavior associated with mania.

Bipolar Disorder Not Otherwise Specified (BP-NOS): People with bipolar disorder may experience a wide range of mood changes, from manic highs to depressive lows. In some cases, this diagnosis is given with what’s known as “bipolar disorder not otherwise specified” (BP-NOS). This label usually applies when the person shows symptoms that don’t meet the diagnostic criteria for either bipolar I or II.

Cyclothymiacs Disorder:  It is also called cyclothymia, is a mild form of bipolar disorder. The symptoms of cyclothymic disorder are less severe and less frequent than those of bipolar I, yet the mood swings can still be disruptive to a person’s life or to their relationships.

What Are the Causes of Bipolar Disorder?

There is no single cause of bipolar disorder. Studies show that 1 in 5 people with manic depression have a family history of the illness, which means it’s at least partially genetic. If you have bipolar disorder and have a family member who also has it, you’re more at risk for developing it yourself.

What Are the Symptoms of Bipolar Disorder?

Wherever you are on the spectrum of bipolar disorder, it’s important to recognize the signs that signal an episode of mania. Though everyone can experience symptoms differently.

Symptoms of mania (“the highs”):

•          Sudden changes from being joyful to being irritable, angry, and unkind

During depressive episodes, a person with bipolar disorder may have:

•          Feelings of hopelessness or worthlessness

How is bipolar disorder diagnosed?

A mental health expert evaluates the person’s thoughts, feelings and emotions in order to diagnose bipolar disorder. The expert may also speak to the family members to gather more information about the person’s condition.

Bipolar disorder can be treated. It’s a long-term condition that requires ongoing care. People who have four or more mood episodes in a year, or who also have drug or alcohol problems, can have forms of the illness that are much difficult to treat. Following are some ways to treat bipolar disorder:

Bipolar disorder is a mental illness that causes dramatic shifts in mood, energy, activity levels, and the ability to carry out day-to-day tasks. People with bipolar disorder — called “bipolars” — experience unusually intense emotions and are prone to making rash decisions during manic phases. During depressive phases, they feel sad, irritable, and lethargic. They might lose interest in work and other activities. Many struggle with alcohol and drug abuse or misuse medications during manic episodes to try to control their racing thoughts and uncomfortable feelings of euphoria. While bipolar disorder symptoms can be severe — including psychotic features such as delusions and hallucinations — it is treatable. A combination of medication and psychological counseling (psychotherapy) can help people with bipolar disorder lead normal lives.