Post-traumatic stress disorder (PTSD) is a mental health condition that is triggered by a terrifying event either experiencing it or witnessing it. These terrifying events may include sexual assault, warfare, traffic collisions, child abuse, or other threats to a person’s life.

Post-traumatic stress disorder (PTSD) can develop after a very stressful, frightening or distressing event, or after a prolonged traumatic experience. Although PTSD causes can vary from person to person, there are certain common events which may lead to PTSD:

PTSD tends to develop 1 in 3 people who have experienced severe traumatic events. Still, it is an unanswered question, that “Why certain people go through PTSD and others don’t?”

Approximately 30% of the PTSD cases are the cause of genetics alone. There is evidence that those with genetically smaller hippocampus are more likely to develop PTSD following a traumatic event. Research has also found, that genetics may influence to other psychiatric disorders as well. Severe biological factors like heightened startle responses, smaller hippocampal volume have been identified to develop a risk of PTSD.

Additionally, one study found that soldiers whose leukocytes had greater numbers of glucocorticoid receptors were more prone to developing PTSD after experiencing trauma.

Who is at risk?

People who had anxiety, depression or stress in the past and receive no support from family, friends, relatives or loved ones are likely to develop PTSD after witnessing a traumatic event. Genetics is also a big influencing factor for PTSD, for example- having one of the parents with a mental health problem can lead to developing such a condition. Physical impairment, financial loss, job loss are some of the risk factors that can well lead to PTSD.

What changes go through the brain?

The effective treatments for PTSD have become a critical part due to the understanding of what exactly trauma does to the brain. It has become a major focus of research. In PTSD, the stress circuitry in the brain goes awry, disrupting communication between several brain centres. These include the amygdala, which normally monitors incoming perceptions and red-flags threats, putting systems on high alert and setting off the stress response; the prefrontal cortex, or executive control centre of the brain, which normally senses when a threat is over and dampens amygdala activity; and the hippocampus, where memories are stored and retrieved.

Researchers found, in PTSD, the prefrontal cortex is under activated and the amygdala is over activated. The evidence indicates that a core problem lies in the connections between individual nerve cells, or synapses; there is a deficit in connectivity, limiting communication between nerve cells. As a result, individuals with PTSD lose psychological flexibility.

PTSD Facts and fictions are often hard to tell apart.

Myth: ”Having PTSD means I am Crazy”

Fact: It’s not at all true. Symptoms of PTSD can be disruptive. You may consistently feel that you have lost relations and maintained the distance from the people, even loved ones and lost connection with your emotions. You may also find difficulty in concentrating things which will even get you angry. These are not signs of going crazy. They are simply your body’s attempt to cope with an extremely stressful or traumatic occurrence. Remember, the body’s main goal is to survive.

When you experience a stressful event, your body responds by preparing to either “fight or flight.” This is where your body will prepare for some kind of action.

Myth: “I’ll never get out of this”

Fact: No, it’s not true. There have been and are many advances in post traumatic stress disorder treatment. A ‘good PTSD psychologist near me’ or ‘PTSD therapist near me’ can get you rid of PTSD.

Myth: “I have got PTSD because I am not strong enough”

Fact: Again, it’s not true at all, because PTSD symptoms clearly don’t suggest such things. Having PTSD is not related to how strong you are or not instead a history of the individual as well as family mental health issues can lead to PTSD.

A lot of people feel shame, guilt or embarrassment after experiencing a traumatic event. It is important to keep in mind that developing PTSD is not your fault. However, seeking out early help is up to you. Fortunately, PTSD is a treatable disorder. There are a lot of psychologists who provide therapy for post traumatic stress disorder. ‘PTSD specialist near me’ or ‘PTSD counselling near me’ will get you good help to tackle PTSD.

Myth: “How did I get PTSD? I never went to war”

Fact: Earlier, PTSD was originally viewed as a soldier’s illness, being called “combat fatigue” or “shell shock.” However, we know now, hosting traumatic experiences can lead to PTSD.

Medication treatment comes in a process under the guidance of a psychologist or psychiatrist. Medicines used in this particular treatment are known as SSRI- Selective Serotonin Reuptake Inhibitor. These medicines modify the symptoms of depressed mood and anxiety.

Where to find Best PTSD Psychologist?

You can use our hassle-free Search Licensed Psychologist directory for ‘PTSD help near me’. Enjoy the benefits of all licensed and trusted psychologists of all specifications or as per your needs. 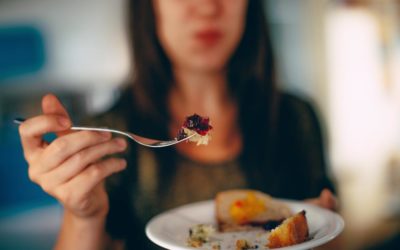 END_OF_DOCUMENT_TOKEN_TO_BE_REPLACED

PTSD stands for Post-traumatic stress disorder. PTSD can be defined as a mental health condition triggered by a terrifying event, either experiencing it or witnessing it. These terrifying events may include flashbacks, nightmares, anxiety, severe uncontrollable...