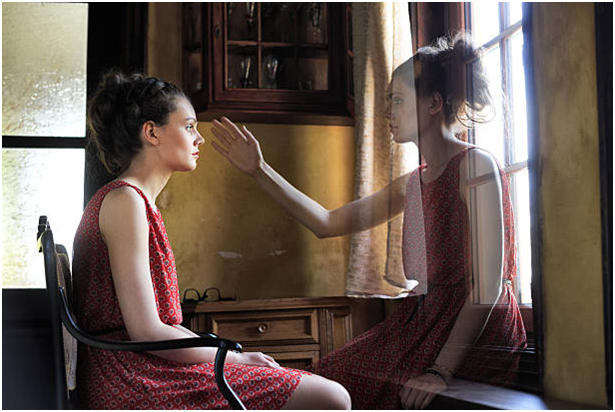 Schizophrenia is a serious mental disorder that causes abnormal social behavior and loss of contact with reality. People with schizophrenia can hear, see, touch, taste, or smell things that do not really exist (hallucinations). They may believe people are reading their minds, talking about them behind their backs, or plotting to harm them (delusions). These delusions persist despite evidence that they are not true. The hallucinations and delusions can interfere with communication and make it hard to function on a daily basis.

It is a chronic and severe brain disorder that disrupts the way a person behaves, thinks, and sees the world. It is easily misunderstood as erratic and bizarre behavior. However, when someone has schizophrenia, it is important to understand what they’re going through.

Although there is no cure for schizophrenia, therapy and medication can help manage the symptoms so that a person with this condition can lead a productive, fulfilling life.

Schizophrenia is a serious mental disorder that affects the person’s ability to think clearly, manage emotions, make decisions, relate to others and function every day. Past studies showed that there was a strong genetic component to schizophrenia but it was unknown exactly what causes some people to develop schizophrenia. It is likely that a combination of genetic, psychological, physical and environmental factors can make a person more likely to develop the condition.

Genetics: There is no single accepted cause of schizophrenia, though genetics are thought to play an important role. If someone in your family has the condition, your risk of developing it yourself is increased, though it does not mean that you will definitely have it.

Environment: Environmental factors such as exposure to viruses can increase the risk of someone developing schizophrenia.

Societal Factors: So what are the societal factors that may contribute to schizophrenia? For example, people who grow up in urban environments have a greater chance of being diagnosed with schizophrenia than people in rural environments.

Lifestyle Factors: There are a few lifestyle factors that put someone at a higher risk to develop schizophrenia. High levels of stress, drug abuse, homelessness, job or home loss, divorce, the end of a relationship, or abuse are all examples of this.

Structural changes in the brain: Scientific studies have shown that people with schizophrenia have brain changes that interfere with their thinking, emotions, and ability to behave appropriately.

Chemical changes in the brain: Schizophrenia is a psychiatric disorder that affects how you think, feel, and act. It’s a result of a chemical imbalance that occurs in your brain.

Everybody experiences some symptoms from time to time, but when you experience symptoms that are so severe they are debilitating, you may be suffering from the mental illness of schizophrenia. The signs and symptoms of schizophrenia vary widely depending on the individual, but typically can be grouped into positive and negative categories.

Hallucinations: Schizophrenia is a mental illness that alters your ability to perceive reality and understand what’s happening around you, causing you to have hallucinations, believe things that aren’t true, have trouble organizing your thoughts, and experience other significantly impaired thinking.

Disorganized Speech: Disorganized speech is when someone’s speech patterns are noticeably irregular, which may make it difficult to understand what someone is saying. Some examples of disorganized speech include using made-up words or phrases that only have meaning to themselves, repeating words or statements, and/or rhyming words meaninglessly.

Disorganized Behavior: Schizophrenia is a serious illness that affects a person’s ability to function normally. Schizophrenic individuals can be difficult to identify, but usually have disorganized speech, movements and behavior.

Negative symptoms are common to schizophrenia, but are not always present. They appear to be caused by structural changes or chemical imbalances in the brain that affect the ability to experience pleasure, to feel emotions, and to interact with others.

Schizophrenia can be disruptive, but with ongoing treatment and support, people can feel like they’re part of their community again. Due to the complexity of schizophrenia and side effects of medications, it’s important to take care when adjusting dosages or switching medications. If you’re worried about the severity of your illness or are experiencing troubling side effects from your symptoms, don’t hesitate to seek help.

There are a lots of treatment options for schizophrenia, including several types of therapy and medication.

Therapies to treat schizophrenia can include rehabilitation, medications, psychotherapy and many more. These therapies help you manage symptoms of schizophrenia that persist despite appropriate medications and strengthen your ability to function normally when not on medication.

Individual Psychotherapy: It is a form of mental health treatment that involves regular sessions (at least once a week) between the patient and a psychologist or other mental health professional. Together, the two discuss current or past problems, experiences, thoughts, feelings, or relationships. The aim is to gradually help the individual come to understand more about himself or herself and his/her problems. They can also learn to sort out the real from the unreal and distorted world that their disorder fosters.

Cognitive Behavior Therapy (CBT): It is a common treatment for schizophrenia. In CBT, a psychotherapist helps a person change potentially harmful or destructive beliefs and behaviours — actions and thoughts that may have developed as early as childhood and adolescence. Cognitive refers to thought patterns, and therapy can help people with schizophrenia change their thinking patterns in order to improve their lives.

Cognitive Enhancement Therapy (CET): It is for mental disorders can help improve your ability to organize and express how you feel by recognizing triggers or social cues that initiate schizophrenia symptoms. Improved skills in identifying these triggers can make it easier to develop a strategy to cope with them.

Psychosocial Therapy: It helps patients feel comfortable being in a community. This method of therapy can include social skills training, rehabilitation, family education, and self-help groups. These methods can help people learn how to manage their symptoms, develop the support they need, and create a satisfying, purpose-driven life.

Support Groups: It provides a helpful place for individuals to talk about their diagnoses, discuss the best treatment options, hear about the experiences of others, and learn about new treatment techniques. This can help individuals understand their diagnosis and how to work around schizophrenia symptoms.

Social Skills Training (SST): It is a one-to-one therapy that uses the principles of behaviour therapy to teach communication skills, assertiveness skills, and other skills related to disease management and independent living.

Antipsychotic medications are commonly used to treat severe mental illnesses such as schizophrenia and bipolar disorder. These prescription medicines can help to reduce psychotic symptoms such as hallucinations, delusions and paranoia. However, like other mental health treatments, antipsychotic medications may require a trial-and-error process involving gradually increasing or decreasing dosages until you find the right amount for your needs.